The steady flow of new members to the pipe corps came through a teaching class held in Arbroath High School. Tuition of pipes was given by Tom Dear, Dave McKenzie and John McDougall.

Success came when the Novice Juvenile band was upgraded to Juvenile grade in 1999, which was an excellent achievement following one season of competition.

When Ryan and his wife moved to Australia in 2006, the Pipe Majors position was taken over by Scott Phillips then Michael Thain before Ryan returned in 2009. 2011 saw Ryan jet off to Dubai leaving the leadership in the hands of Stephen Russell and Stuart Peters.

As well as competing the band continues to represent the Arbroath Branch at British Legion events throughout Scotland as well as playing at local and national events.

The band through the years

Here is a selection of pictures of the band and helpers who have supported the band through the years. 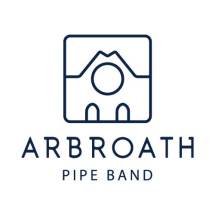 We are looking to recruit learners to our piping and drumming classes. If you are interested please contact our secretary to get more information. Contact ﻿us

Arbroath Pipe Band is a Charity Registered in Scotland No SC031347